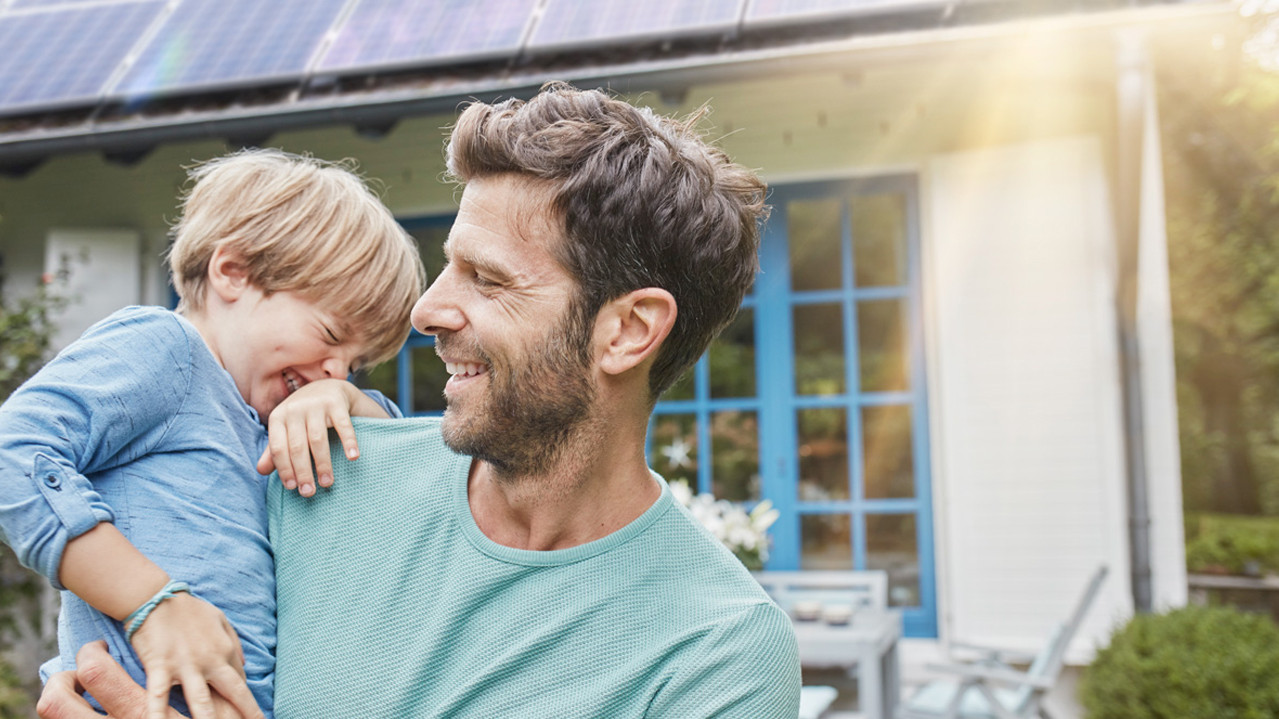 As sonnen’s lead technical trainer, my job is to teach contractors to properly size and design our home battery systems, and I love a good theory to practice! A question I get asked a lot is, “How long will battery backup with an AC coupled solar system last? My customer has a limited budget.” In all honesty, that’s a tough one to answer. Acceptable answers: 1) It depends. 2) Not long. 3) WHAT!? There are so many variables to think about here — from the size of the battery to what the customer wants to back up in an outage.

Luckily, a homeowner who purchased our smallest energy storage system, a 5kWh sonnen eco, was game to let me perform a real operational test and cut power to his unit to simulate a power outage. This test was a real eye-opener for this homeowner, and I promise the story has a happy ending!

The image above shows the representative behavior of a 5 kWh battery bank with a modestly sized solar system (<3kW). The homeowner's sonnen battery was currently was set to backup power mode, and you can see a loss of power around 6:30 a.m. and power restored at around 4:30 p.m. For what it’s worth, his eco 5 performed rather well, as indicated by the three frequency shifting events to throttle his solar production since he had so much excess!

Nevertheless, winter can be rough on battery charging with fewer sunny days and unpredictable power outages caused by storms. With such a small battery bank for all the loads he wanted to power in an outage, a small system like an eco 5 wouldn't have been able to keep his home running until the next morning. On a cloudy day, it would have performed even worse.

I promise you that this customer's undersized system's behavior would have been the same with his usage, regardless of manufacturer's make or model. After looking at 20 installed eco 5s at random during extended power outages, every single one I checked stopped short of a 24-hour period of coverage. Some got close, within four to five hours of sunrise, but most reached their default low state of charge between 8 p.m. and midnight — which means no power until the next morning. I also promise you that this is not indicative of poor battery performance, but rather poor management of customer expectations.

After I ran the initial test, I talked with the homeowner at length about how his system behaves (versus how he wants it to behave) during different scenarios. As it turns out, he and his wife are retirees, and he wants their "home-sweet-home” to be fully protected in the event of an outage — which happen frequently in his area. He kept his sonnen in backup mode around the clock so that it sat at a float charge until the power eventually went out.

We got the homeowner's installer on the phone after our chat, and he decided to purchase an additional 2.5 kWh battery module to increase his system’s capacity to 7.5 kWh, plus a small generator to assist with battery charging when those cloudy days come. Now he can rest easy knowing he’ll stay powered and protected, even with a small home battery system.

I wish all homeowner calls ended like this. Many don't, simply because a homeowner says they can’t afford a larger system, so they end up with an undersized battery that sits in backup mode all the time. In this scenario, they get no benefits from load shifting or daily cycling, and when that inevitable power outage comes, they’re upset at how quickly their backup power drains.

Moral of the story: Size the system to the loads!

If you (or your customer) can truly only afford a small home battery system, be realistic about what really needs to be backed up in an extended outage — the fridge, lights, security system, and Wi-Fi router. Non-essential loads can always be turned off to extend the reserve. On the flip side, if you (or your customer) wants zero disruptions to life, a small system isn’t going to get the job done.